A prelimnary list of Activities available at the 2021 Berea’s National Rib Cook-Off & Beer Fest can be found below. Check back regularly for the latest. 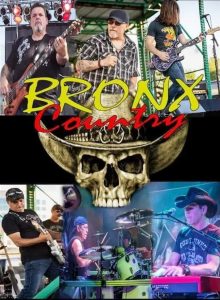 Friday night the fairgrounds will sizzle with the sounds of charring ribs and the music of Cruisin’, and hard rockin’ country band, Bronx Country. That’s right, we’ll be cooking up some good times.

Hot sauce, hot live music, and some of the best barbecue in the world. It couldn’t get any better than that… unless perhaps we were to offer free ribs? …Well, we aren’t, so it’s not going to get any better—but still, great food and great entertainment makes for a pretty fine evening. Note: Admission on Friday is FREE before 5pm, and $5 per person after 5PM. 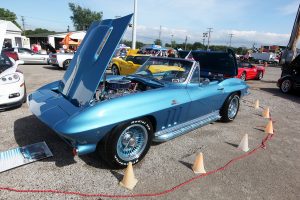 On Friday, from 3pm until dusk, Corvette Cleveland will have on display an array of 40 classic Corvettes. They will have cars from 1955 all the way up to the new 2021 Mid Engine Corvette with over 500 HP and everything in between.

Celebrating their 64th anniversary, Corvette Cleveland was founded in 1957 and is one of the oldest Corvette clubs in the nation. They have over 200 members who race, show, rally, autocross and tour with their Corvettes. The only membership requirements are that one be 18 years of age and own a Corvette.

Corvette Cleveland is a Lifetime Business Member of the National Corvette Museum in Bowling Green, KY. It is also a member of the East Ohio Region of the National Council of Corvette Clubs, of which it is a founding member. Their competition events are governed by the rules established by the NCCC Competition Director and his committee of Governors from clubs throughout the country. 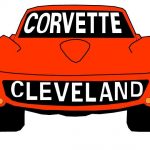 Stop back at the amazing Corvette display behind the stage to pick up a FREE People’s Choice Award ballot and VOTE for your favorite Corvette.

YOU are going to pick a WINNER and the Trophy will be presented at 8pm, Friday, May 28th.

When: Saturday, May 29th, 2021
FEATURING: THE FOOGAZIES, THE TINY HANDS BAND, & REVOLUTION PIE 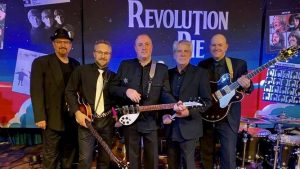 Saturday, the Cook-Off will offer some of the best music from both sides of the pond, featuring American rock from The Foogazies and The Tiny Hands Band, and a mini-British invasion from renowned Beatles cover band, Revolution Pie. So head on down to the fairgrounds for some great music and eats! 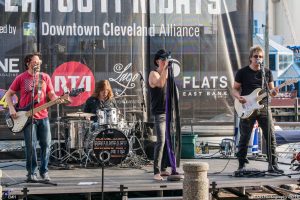 The fairgrounds will be rockin’ Sunday as Berea’s National Rib Cook-Off welcomes acts that celebrate what makes America great: our diversity. First, we’ll roll out the barrel with local favorite, The Chardon Polka Band, and follow with Celtic rock from the highly acclaimed, Seven Nations. And as daylight fades, we’ll cap off the evening with beloved 80’s cover band, Cleveland’s Breakfast Club. So prepare to baste your senses with a world tour of tasty music. 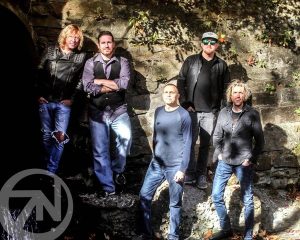 On Monday, prepare to enjoy some classic rock from Yearbook, then finally, we’ll cap off the evening with another set from renowned Celtic Rockers, Seven Nations. That’s right… from classic rock to Celtic Rock. What could be more American?

It felt GREAT to be back and it’s because of everyone who came out to enjoy!! We thank you and cannot wait to see you again. A special thanks to all our sponsors, ribbers, bands & organizers!!! ... See MoreSee Less

Saluting all our military on this Memorial Day - THANK YOU for your service.All retired and active military personnel presenting a military ID will be admitted FREE! ... See MoreSee Less

We apologize for the inconvenience of our berearib.com website being down. Your support and interest in our festival has been amazing and we thank you for that!Until we can get back up and running, we encourage you to call Hotline at 440-234-5181 if any questions.The Weather is perfect for outdoor festival and is open till 11PM this evening; on Monday (Memorial Day) 11am-7PM. Admission just $5 with over ten (10) rib teams and selection of craft beers. ... See MoreSee Less
View on Facebook
· Share

Here’s a snap shot of the weekend for those who need it :) Enjoying the great weather, sites & smells this holiday weekend!!! ... See MoreSee Less